Letter To A Theist 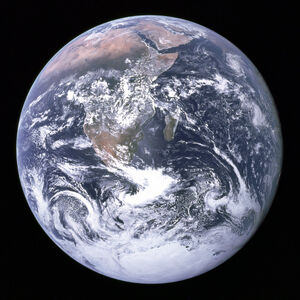 Thinking back on the things that you have said and done, and the world as it is, I believe there are a few things that I should tell you.

In the first place, theist, I think I should thank you, my friend.

I should thank you, in the first place, for putting your trust in a book. When you tell me that you believe what you believe because it is written down in a book, whatever that book may be called – Bible, Koran, Torah, Puranas, whatever – you are claiming that it contains the onlytruth. Simultaneously, others who believe in other similar books, my friend, also claim that their books contain the only truth. There are so many mutually contradictory truths that are floating around that it does not take much more than reasonable intelligence to decide that all these books are just myths and that what you have done is just choose one of these myths. This confirms me in the idea that I have at least reasonable intelligence, my friend; and reasonable intelligence is not something to be sneezed at.

Also, your putting your entire belief system in the contents of a book which human beings like you or me or that guy over there with the funny walk wrote down (“received wisdom” from on high or not, the books did not write themselves, now did they? And if someone claimed to receive such wisdom today, you’d most likely suspect his sanity, would you not?) confirms me in the wisdom of not letting a book do my thinking for me…(if you talk of those among the left who believe in blind doctrine, I would say that they have made utterly human beings like Marx or Engels into gods, and so are not atheists at all).

Now, my friend, I believe you claim that I am not “moral” because of my lack of belief in a divinity. This statement of yours has several components and it is only fair to both of us that I discuss the individual parts separately.

First, the morality bit. Now, you will agree that even atheists do good things – deliberately, not accidentally – at least sometimes? You do? Fine. Now, since as an atheist he does not have any expectation of a material reward in this life or a spiritual reward in a hypothetical hereafter, this do-gooder is doing it purely out of altruism, isn’t he? He isn’t getting anything out of it. Now you, my friend, do the same in the hopes of riches in this world or heaven in the next. Well, from where I stand, he’s the moral one, not you. Yet I have heard those of your kidney proclaim that any good deed not done in the name of Jesus (to mention one of your godheads) has no meaning at all.

I find this amusing when I am in a mood to be amused.

Now, you talk about my lack of belief. As I said, my friend, I do admit that I have chosen to use my capacity to reason (being after all a rational animal) to do my own thinking and I have not chosen to subscribe to whatever myth you have chosen. I do know that these myths have served important historical and social functions and that there is considerable social pressure to conform to whichever is the dominant myth in your own social milieu. I’m sorry if I must boast, but I do say that the hallmark of an atheist is that he (or she, of course; you must excuse my using “he” just as a matter of convenience; we atheists don’t normally discriminate among the sexes, recognising that all of us were female in our genetic origins, and that the default gender is female) has the mental strength to resist that social pressure and to have the courage and self confidence to think for himself. If that hurts you and makes you feel insulted, I’m sorry, but that’s the way it is.

You also believe in a divinity, or one or more divinities. This belief undoubtedly constrains your mental horizons into the parameters acceptable to your deity, whoever it is. You may, for example, be forced into believing that the earth is at the centre of the universe, just six thousand years old, that human beings – along with all other life forms – did not evolve, but were specially created or designed. You will not only believe this, but will laugh at other myths that offer a differing account of this same origin. And in your belief in this, you will ignore – you will beforced to ignore, you can do no other – any and all evidence that contradicts your belief.

As I sit at this computer typing, for example, every second, billions of invisible cosmic particles are slashing through my body, through the earth, and out again, the whole of the mass of the planet being so much empty space to them. These particles exist, and there are experimental labs deep underground dedicated to detecting them. What have you got to offer that can match this?

Look at this planet. A ball of rock and iron, on which rests a thin layer of soil and water, a beautiful blue bubble of life adrift round a little star in a distant spiral arm in just another one of hundreds of thousands of galaxies. Look at this achingly lovely world, utterly insignificant in its scale, and tell me that this was all specially created by a godhead as the centre of being. Say it, and let’s see you believe it.

And if you do believe it, my friend, you are a positive danger, because then you will not also believe that the world is in danger, because an all powerful, all knowing god will not let bad things happen to his special creation, so you can go on doing what you want. And you will let bad things happen to people not of your beliefs, because they are your god’s enemies and also because it is your god’s will. Don’t scoff – it has happened, over and over again, and is happening today.

Come with me, come outside and let me show you something.

Look, my friend, look up at the sky…

Up there, when you look, my friend, you are looking literally at infinity, because what you see does not begin or end. Out there exploding stars throw out in an instant more energy than entire galaxies do, and then they blink out of visible existence; out there invisible ropes of gravity gather stars and planets and dust clouds in agglomerations vast and small, beautiful and invisible; there masses of white hot flaming gas weep streams of X rays and radio noise out to the universe, cries of birth or death; and all these, my friend, are real. We can see these stars; we can hear those radio waves. We know there are planets out there around those stars; we have begun detecting them; and will you still say that our pathetic little bipedal envelope of ambulatory bone and flesh and blood is a favoured organism, the brainchild made in the image of some all-seeing creator?

Because if you do, my friend, I don’t have problems – you do.
May your god help you, because nobody else can.

Your brother not in god.