Once upon a time, I read in one of those charming Victorian erotic books (still infinitely superior to most “erotica” written today) the following (I paraphrase; I read Venus in India something like twenty years ago):
“What man and maid do in hot blood which, when thought of in cold, fills me with revulsion!”
Well, just imagine:
You’re taking a part of your body that’s almost never exposed, is surrounded by moist, sweaty skin, teeming with bacteria, and is used (among other things) for excreting kidney wastes. You either put this portion of your body inside the equivalent portion of another human being’s body, or have it done to you, until a sticky white mess is spurted from one into the other.
Sounds like fun?
Gah. I just lost the last shrinking vestiges of what was left of my libido. 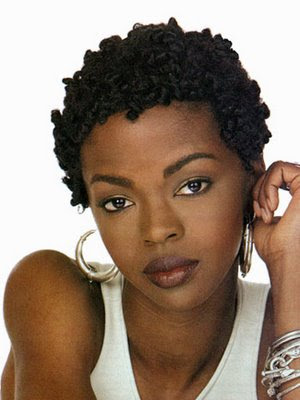 Just how far would you go to ensure your girl was screwing nobody behind your back, especially when she’s half a world away?

Back in my student days, I had many Kenyan friends and even more acquaintances. A lot of these acquaintances were young, female, and in many cases remarkably attractive. Also – I can’t vouch for this personally, you understand – most of them had the reputation of being, um, liberal with their affections.

In brief, this was the story: you have a pretty girlfriend whom you suspect, possibly not without cause, of sexual promiscuity. She’s going off to...oh, say, India...to study, or work, or something. Anyway, she’ll be surrounded by guys from your country who won’t have too many scruples about bedding her, just as she hasn’t about them.

So off you go to the local witch doctor and pay him to put a juju on the lady; and, henceforth, until she’s back in your familiar embrace again, she’s cursed.

This is how the curse works: Suddenly, when she’s in the throes of illicit passion, her vagina will constrict tight around the guy’s penis and refuse to let go. They’ll have to be separated surgically, or something. Your 6 o’ clock news: Ambulances rush to scene in response to panicked calls; gawking neighbours watch two blanket-covered forms carried out on a stretcher, hiding their faces. Gah.

I’m sure – theoretically – this would be a great chastity belt, and it might even work, if people believed in it strongly enough. The human body is a curious thing. But in answer to the question of whether it actually worked, I’ll relate this apocryphal story:

A knight was off to the crusades and, of course, locked his lady in a chastity belt. Since he was aware that there was the possibility that he might not return from the Holy Land, he gave his friend, Sir Bert the Bold, the key to the belt and instructed him to unlock the belt if seven years passed by without his return. As he set out from his castle, suddenly from behind him he heard a cry. “Wait!”

It was Sir Bert, waving from a window. “Wait,” he repeated. “You gave me the wrong key!”

I was thinking recently, as I'm wont to do when not in my right mind, as those who know me can readily agree. Anyway, I was as I said, thinking, and my brain wandered off to wondering just how on earth porn actors, you know, keep it up and (b)going for so long.
I'm not just talking about the physical part of it, though that's a deal in itself. Even in my younger days I'd blanch at the thought of going on for fifteen or thirty minutes or more without, um, reaching a conclusion one way or the other. And then, if you take in the incredibly athletic positions these people adopt - in many of  which I'd have found it hard enough to achieve penetration let alone the rest of it - well, yes, I know it's acting, but still...?
Now throw in bright lights, make-up people, at least one cameraman moving around shooting from different angles, and a director yelling instructions, and on top of it all the halitosis your co-star, whom you've probably never met before and more than likely don't like, has, and they have my respect.
Move aside, all ye of the Hollywood persuasion. Jenna Jameson has got you beat.

In this case, the indecent nature of this thing apparently lies in the fact that it depicts

1. A sari-clad elder brother's wife (that's what bhabhi means, elder bro's main squeeze) gets her rocks off by seducing all comers while hubby is at work. How...original.

2. A bhabhi, of all people; it's like screwing your overweight and bucolic elder sister as far as traditional North Indian society is concerned, and since - of course - no Indian woman ever has sexual intercourse for pleasure and all evidence to the contrary, as I've said over and over again, this is completely against Indian Culture.

3. The damned woman, a traditional Indian wife who does no work outside the home, dares to be bored and, instead of constantly praying and fasting for her lord and master's life and health, actually uses the hours he's away slaving over a hot computer to lay all comers. Horrible.

It's all against Indian Culture. It's Indecent.

Well, hey, whatever suits your fancy.

Give me erotica any day. I like erotica. Sometimes I write erotica.

(Just my luck that I discovered Savita Bhabhi through her obituary notice, but typical of the story of my life...)

What do you do in a horribly overpopulated nation where the numbers of unwanted teenage pregnancies, sexually transmitted diseases, rapes of teenagers by fathers and teachers, and so on, are rising through the roof, where over half the child population admits to having been sexually abused at some time, and where maybe one in ten million parents tells his or her child the facts of sex? What do you do in this nation?

One answer: you ban sex education.

You see, according to our esteemed government, or rather a committee formed of “eminent parliamentarians”, sex education is against Indian culture. I realise I’ve said this all before, but it goes beyond the bizarre and funny when the government says that the very rudimentary sex ed a few (very few) of our schools offer should be banned forthwith and replaced by – hold your breath – treatises on the “lives of the saints”.

Apparently sex education makes the children practice sex (and if so you’d think with all the practice they might get it right) and leads to degeneration of moral values, erosion of the sociocultural ethos, etc. All this might be a bit less funny if people starving in the streets, farmers committing suicide, rampant corruption, rising fascistic intolerance, and a plummeting position on the Human Development Index – none of all that is against the "sociocultural ethos", whatever that might be. Nor are the repeated instances of rapes of children by family members and teachers, and so on, against that ethos.

So we do not need any sex education.

But we do need more information from the lives of the saints.

As far as I remember, though, most of the mythological Hindu saints had pretty primitive passions.